The National Invitational has been canceled for Saturday June 13th due to small numbers of entries from other teams.

Congratulations to Jesse Greve who had a great meet in the Jimi Flowers Classic.  Jesse set two new team records 1:05. 87 in the 100m free and 33.78 in the 100m fly. He also won seven gold medals in his events at the meet (just like Mark Spitz, next time he will have to enter eight events so he can be like Michael Phelps). Strong Work Jesse!! 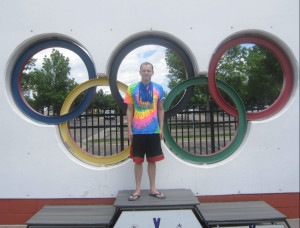