The Christensen family went on a record setting spree this week at Lucky’s Lake Swim. Eric Christensen (age 39) busted the overall record by 40 seconds posting an impressive time of 12:10 (BTW he even split his swim going out in a 6:05 – don’t you just hate those distance guys) he also crushed the the 35-39 age group record by over three minutes. Eric was a former U of F swimmer and NCAA All American as well as a multiple masters national swimming champion. Not to be out done by dad his two sons also broke Lake Swim records the same day. Andrew Christensen, age 9, broke the 10 and under record by nearly 20 minutes with a time of 17:13 (leaving his chaperon Joe Auer in the dust) and his brother Branden Christensen set the 12 and under record with a time of 16:00.  To round out the record breaking morning 14 year old Sean Cantron slipped under the 13-14 record by nine seconds with a time of 13:25. Congratulations to all of our new record breakers. 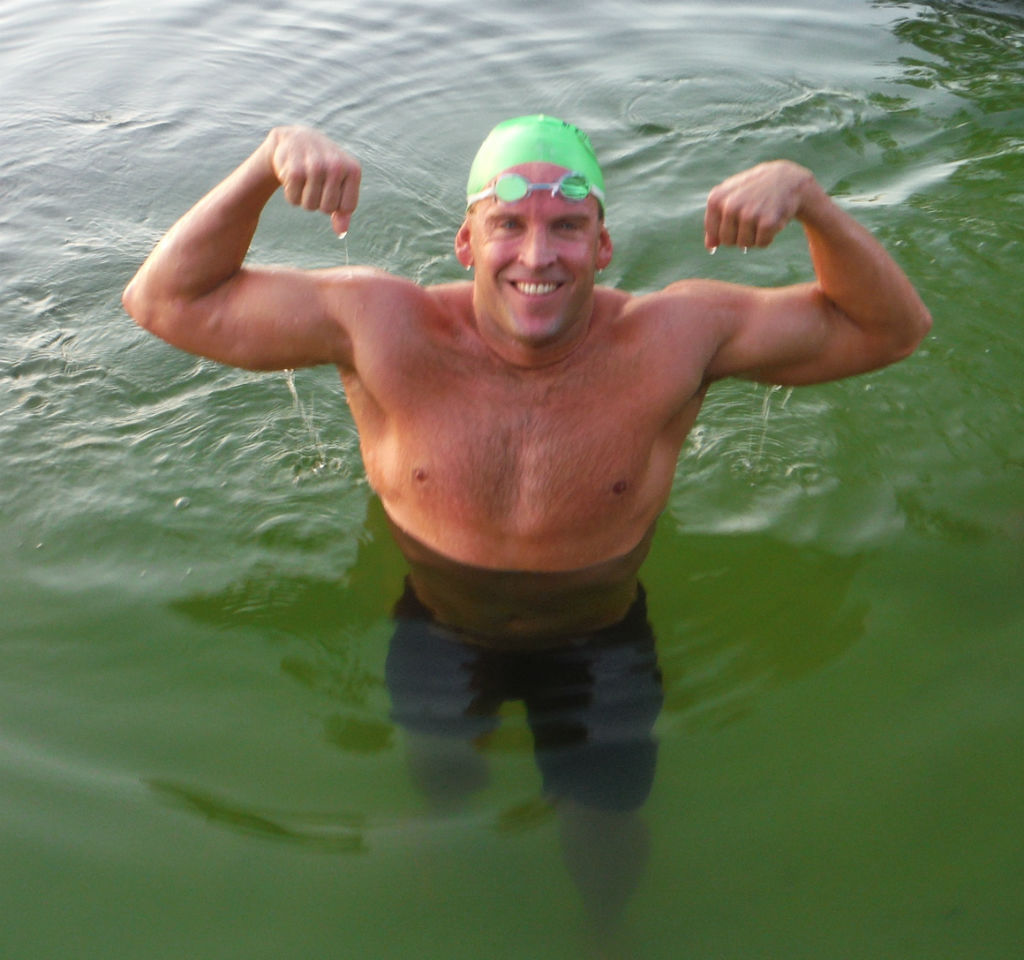 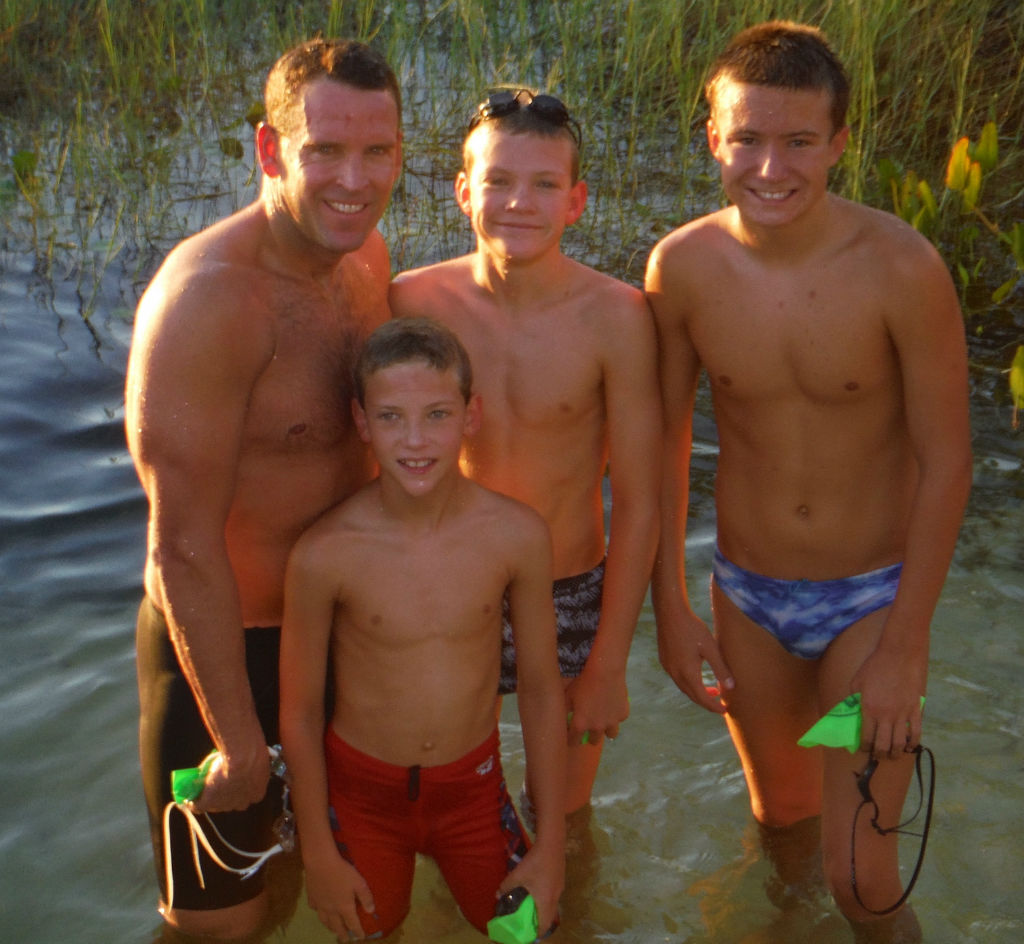 Code 3 for a Cure raised over $1000 with their fundraiser here at the Lake Swim Today. We are saddened to report that Fire Captain Larry Stone lost his battle with stage 4 lung Cancer last week.  The lake swim for Code 3 for a Cure was held in his honor. Many thanks to Paul Hamel for setting up the fundraiser. 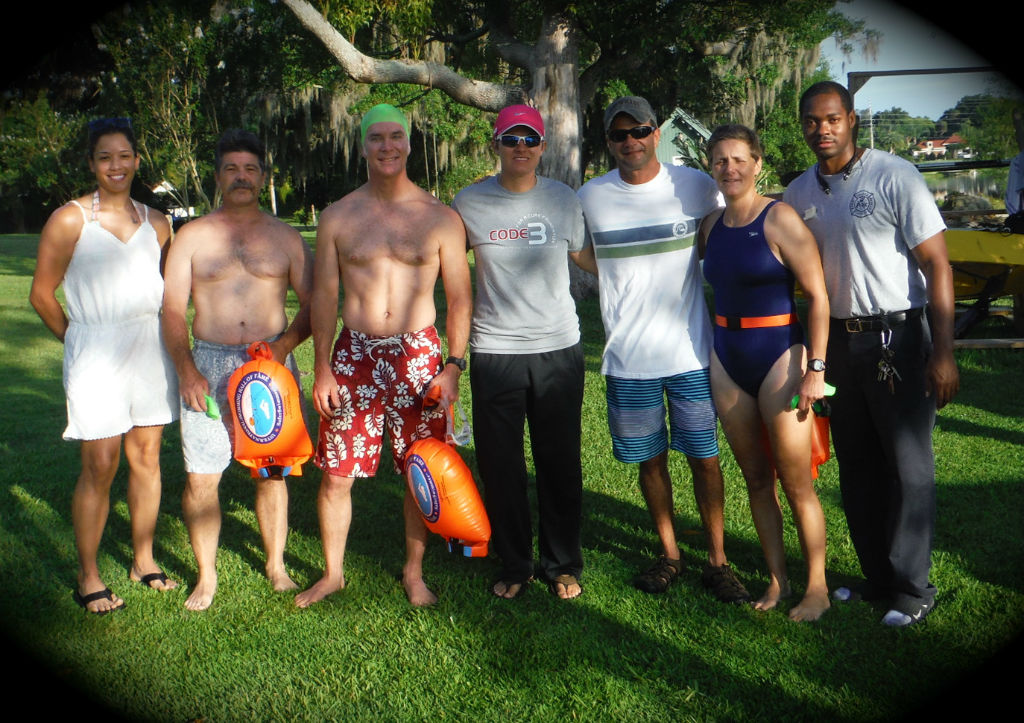 Local fire fighters swim at Lucky’s Lake swim for Code 3 for a cure. The swim was held in honor of Captain Larry Stone. Over $1000 was raised. You can still donate for Code 3 for a Cure  Foundation at http://www.gofundme.com/9b31rg

For those of you that are thinking about doing the 12.5 mile “sprint” Around Key West swim next year you should watch this video of Tom Welch’s, or maybe get some good mental health counseling. The video stars several of our lake swimmers Dave Heffernan, Sam Zaino, Tom Welch, Amy Jackson, Shelley Hughes and Katie Heffernan, Heff’s Kayaker.    You can see the video by CLICKING HERE.

Attack in Lake Cane!!!!!!!!!!
OMG a swimmer reported that he was attacked in the lake today.  A long green strand of hydrilla wrapped around his neck causing an extremely serious, mild prickling sensation. Then, many others spoke up and said they were attacked too! This is very disconcerting that the hydrilla is now becoming very, very aggressive. We knew this day was coming and our best defense was carp, lots of carp.  I asked those swimmers what their carp names were, and all I received were a bunch of blank stares back. You too can join the battle against the “ATTACKING HYDRILLA” by naming your carp today, before it’s too late.   If you are not worried, then you should read the book “The day of the Triffids” then name your carp. 401 carp have been named already we only need 99 more, we are in the home stretch.      NAME YOUR CARP HERE. 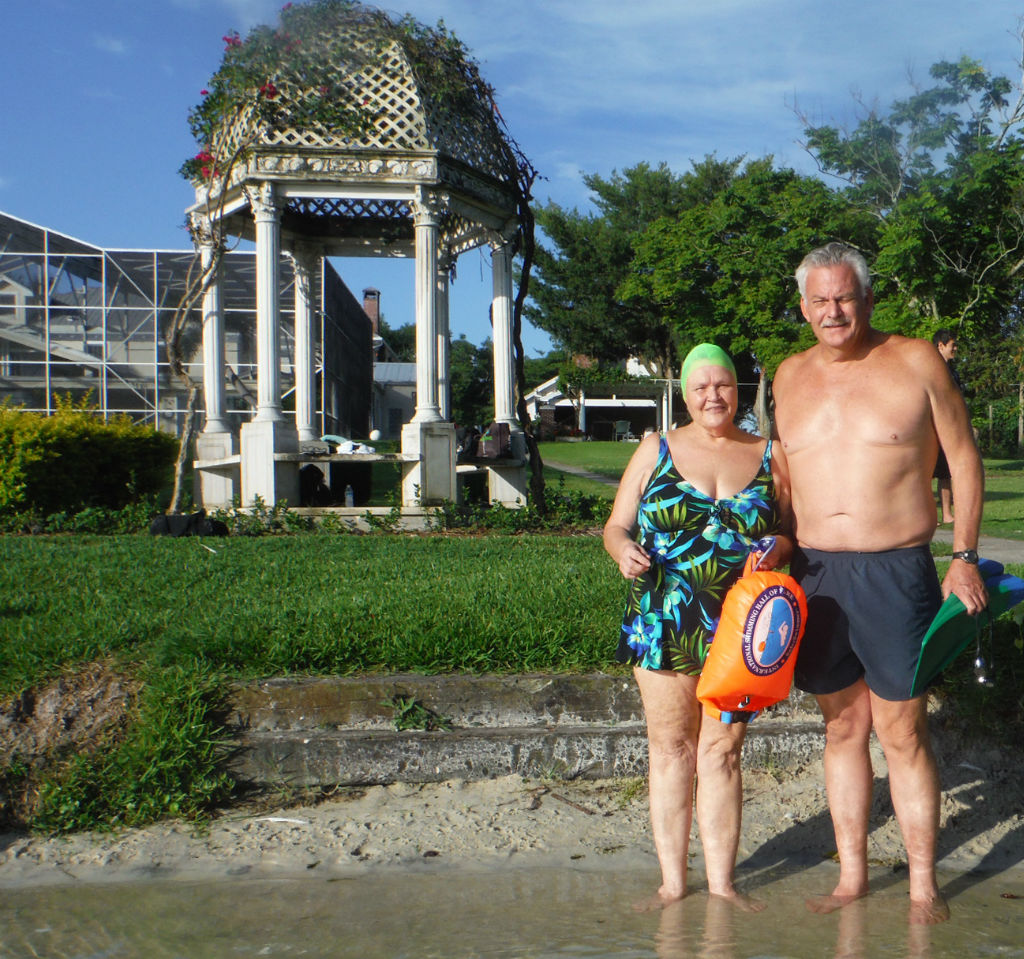 We get a lot of amazing folks come to Lucky’s Lake Swim and here is one of them. Erline Phillips 50 years ago was the first person to swim Lake Tahoe. They have asked to come back to celebrate the 50 anniversary of her swim, and she is training here. Say hi to Erline when you see her. Coach Larry Peck is helping her with her training. 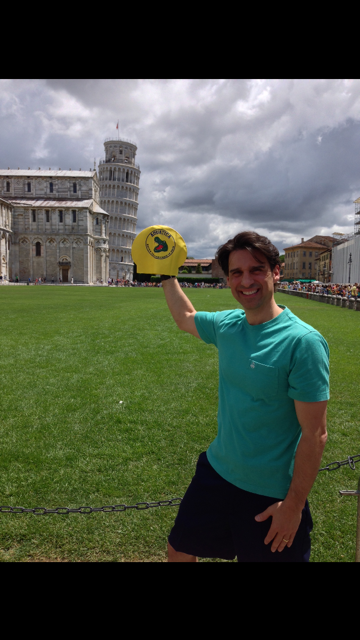 Brad Pace is out spending his 100 Trillion dollars that he won in our carp naming lottery. Brad, don’t buy that tower in the background with the weird incline, it clearly won’t be standing much longer.