Everyone swam great at area games. We fought heat, humidity, delays and lack of heat sheets,  but still had six new teams records at the event. Jesse Greve, Jonathon Sady and Gregg Dedic lead the record charge each setting two new team record and winning three golds  along the way. Johnathon broke the men’s open 50 Breast and the men’s 200 Br records both his own and Jesse Broke his own 50 free and 100 free records and Gregg broke his own 100 and 200 backstroke records. Other record breakers included Lori Thomas breaking her 50 free record and Ian Soules busting the Jr 50 free record. All of our A relays, mens and women’s, won gold in both the  medley and freestyle.  We had so many Area Games champions that I lost track of the count, but when we get the official results we will post all the winners. Congratulations to all that swam and see you at practice on Tuesday. 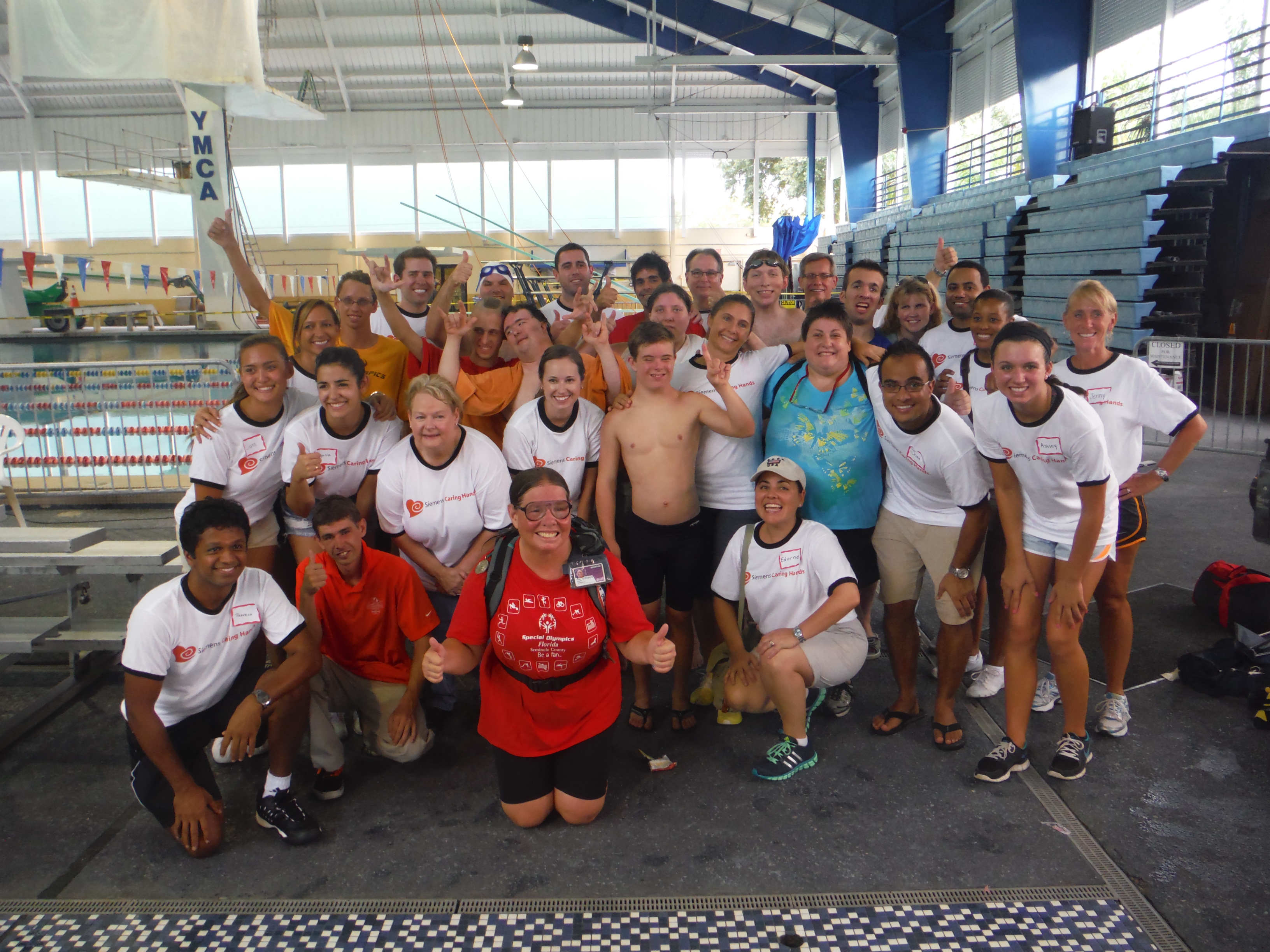 The Siemens volunteers did a fantastic job at the meet. We appreciate all their efforts at the meet! 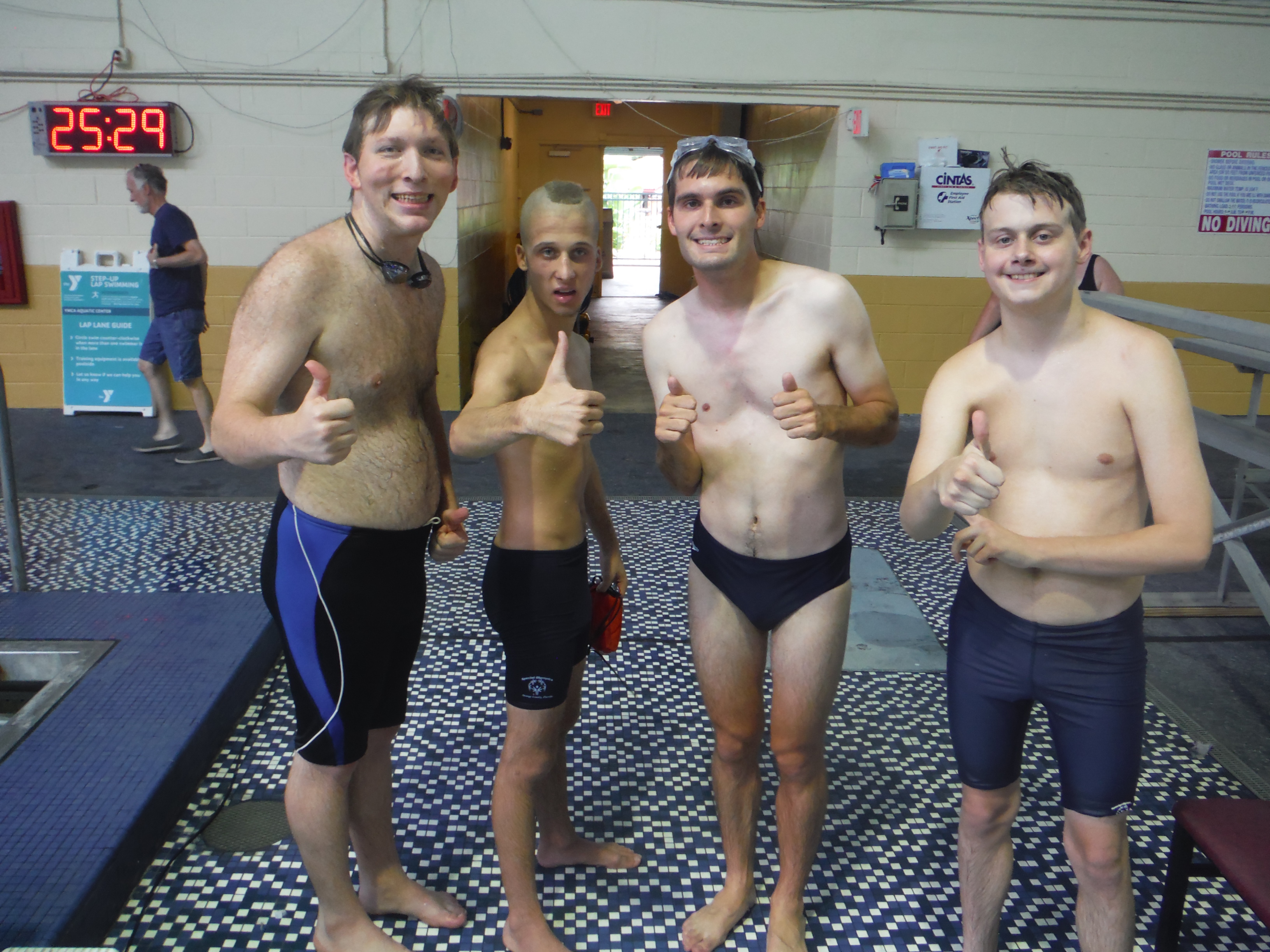 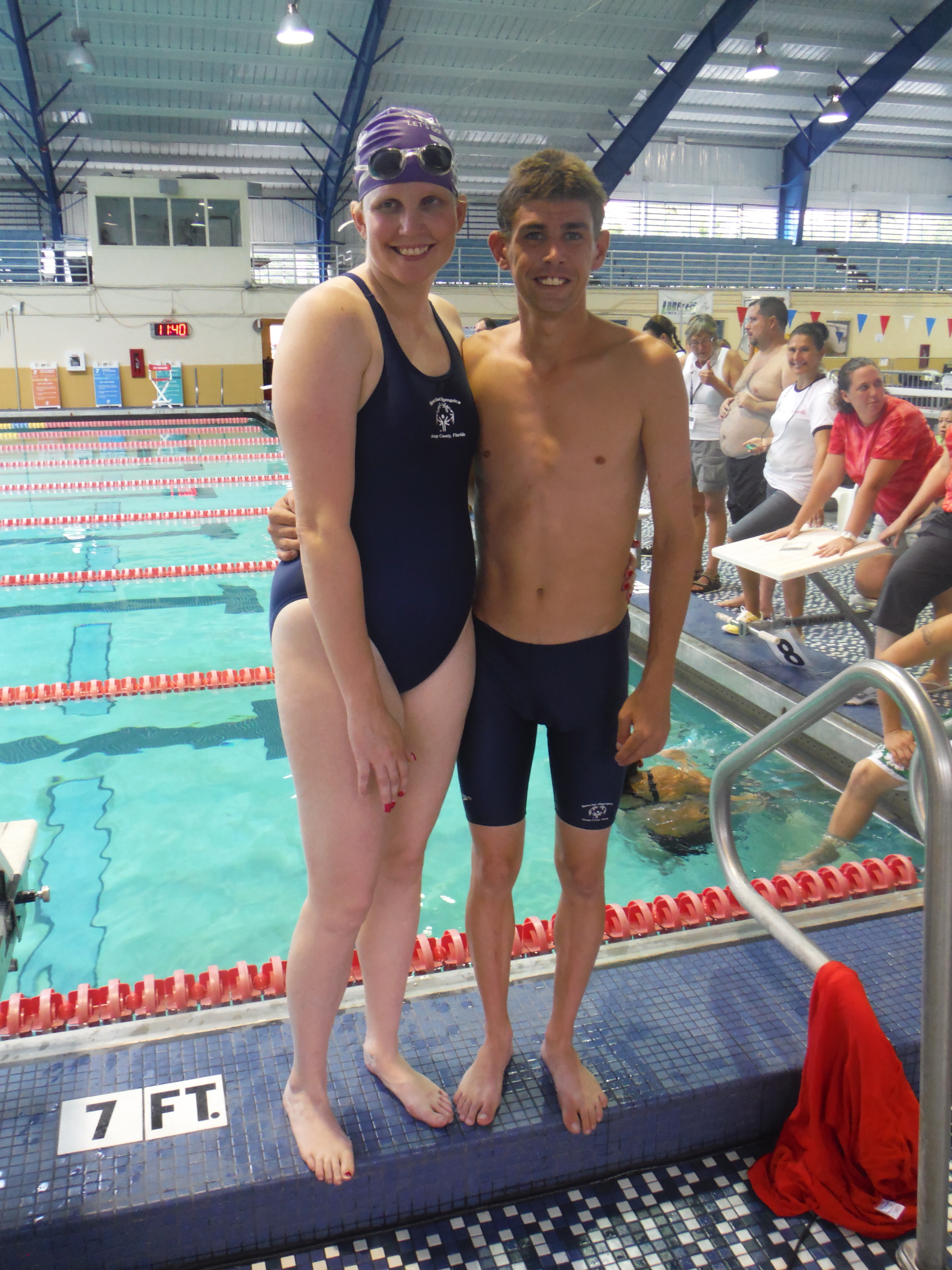 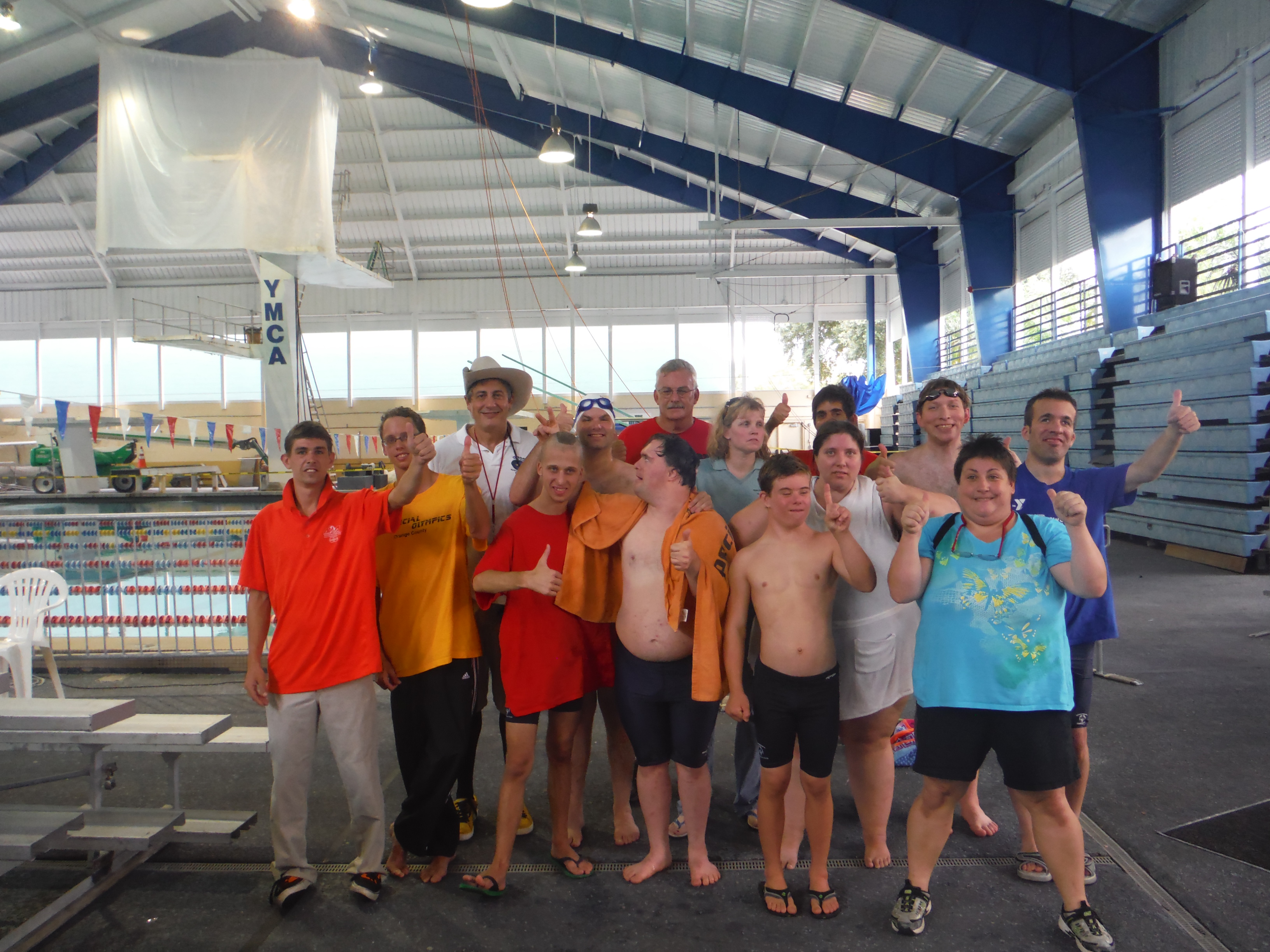 Hot, tired, but happy those that were still around at the very end of the meet. 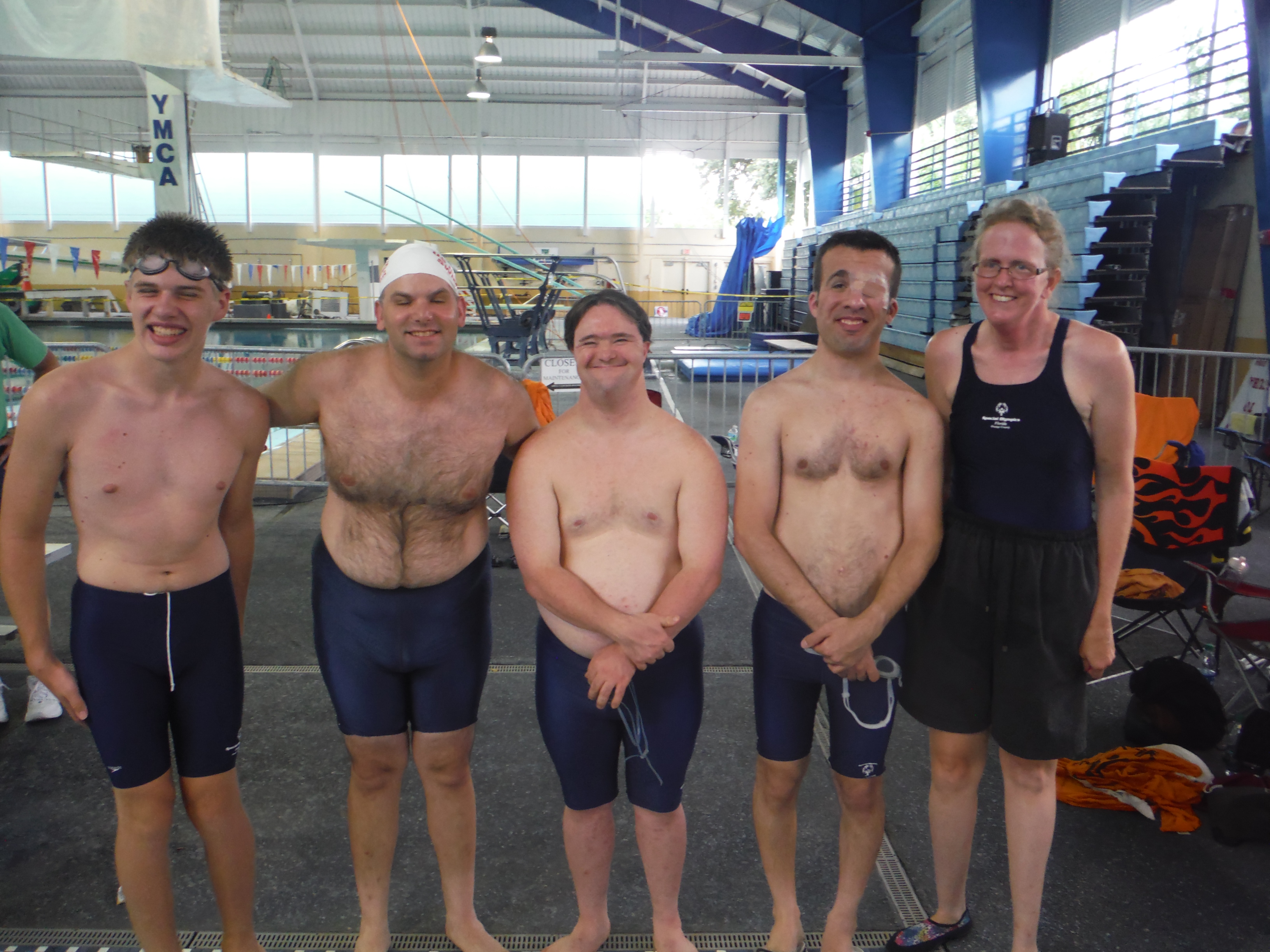 Close your eyes I want to take a picture. Everybody listened except for Nicolas and Erin. 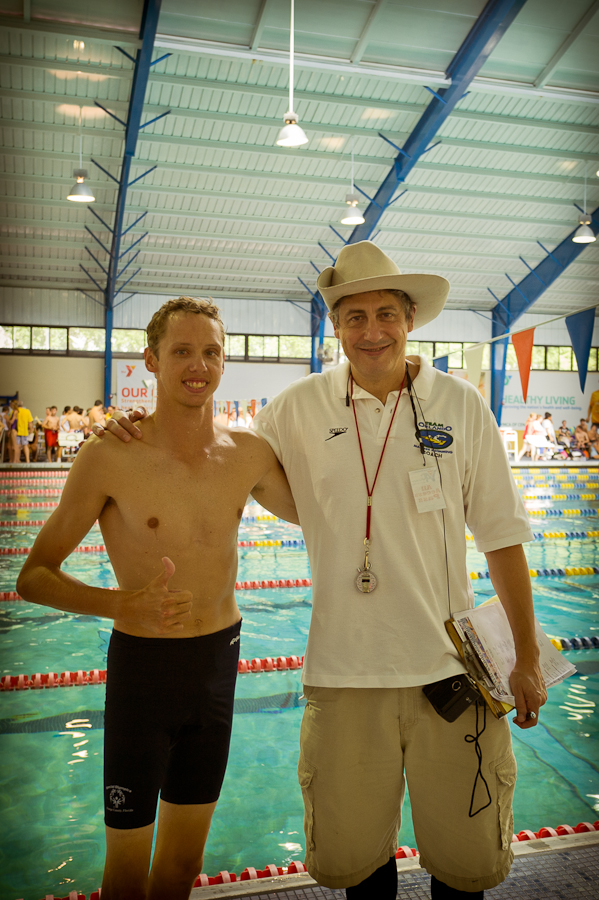 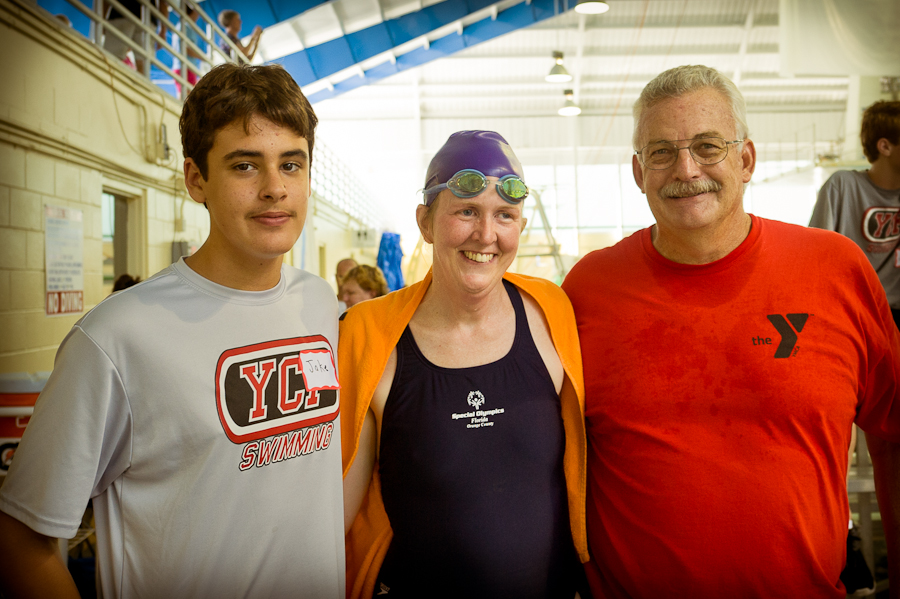 DP Swimmer volunteer Jake Meisenheimer (a handsome young man if I do say so myself), Erin and Coach Larry. 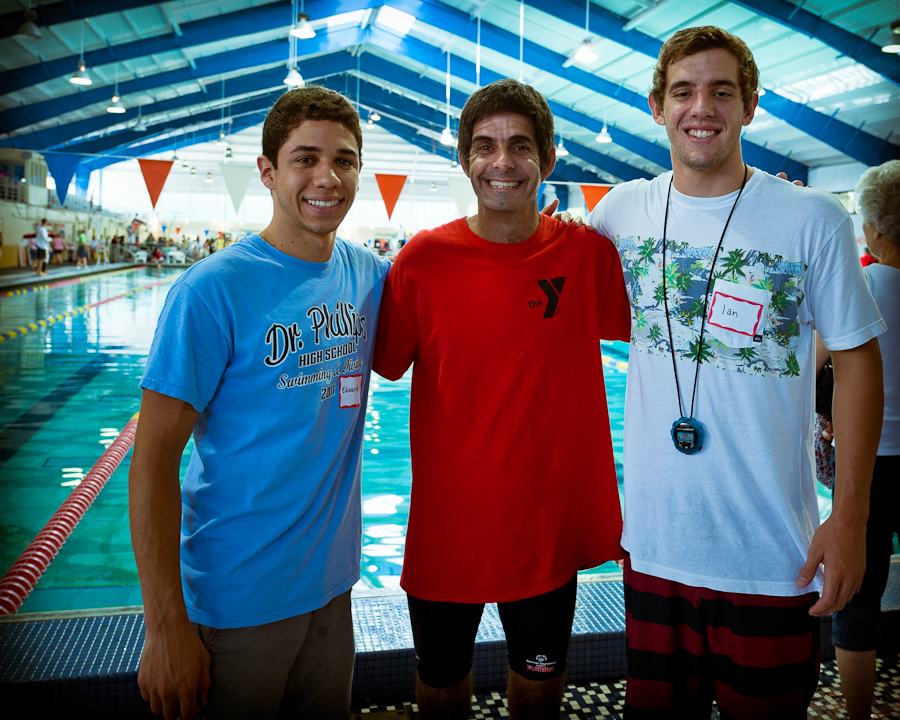 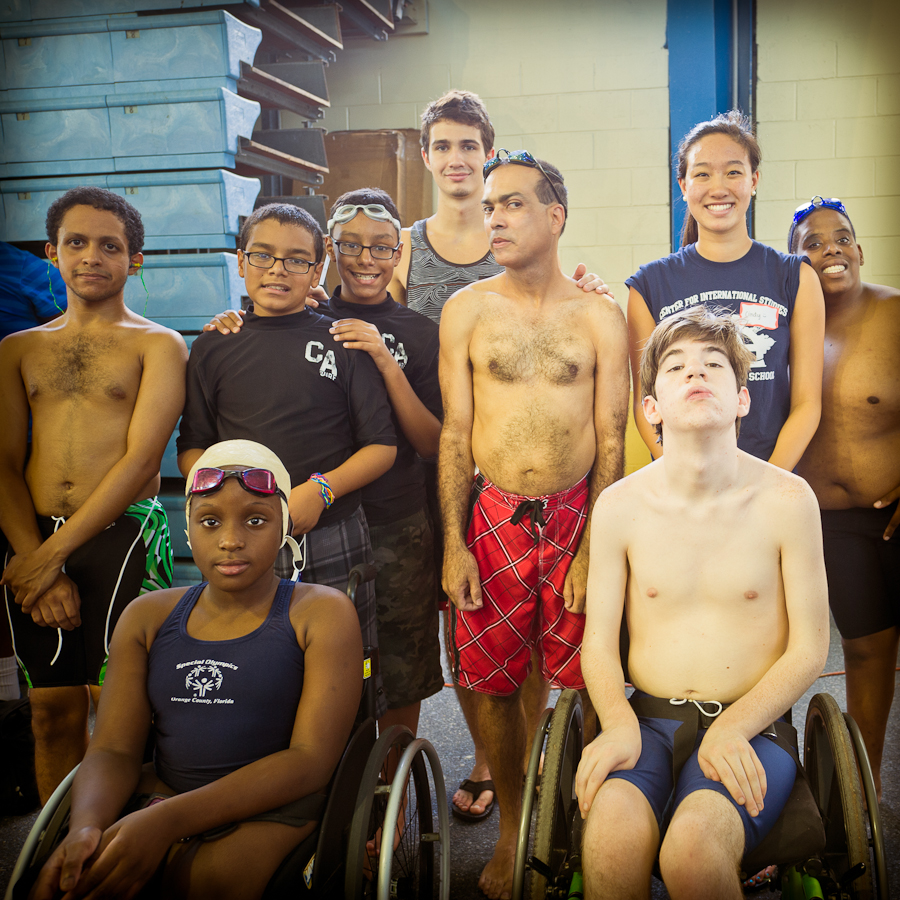 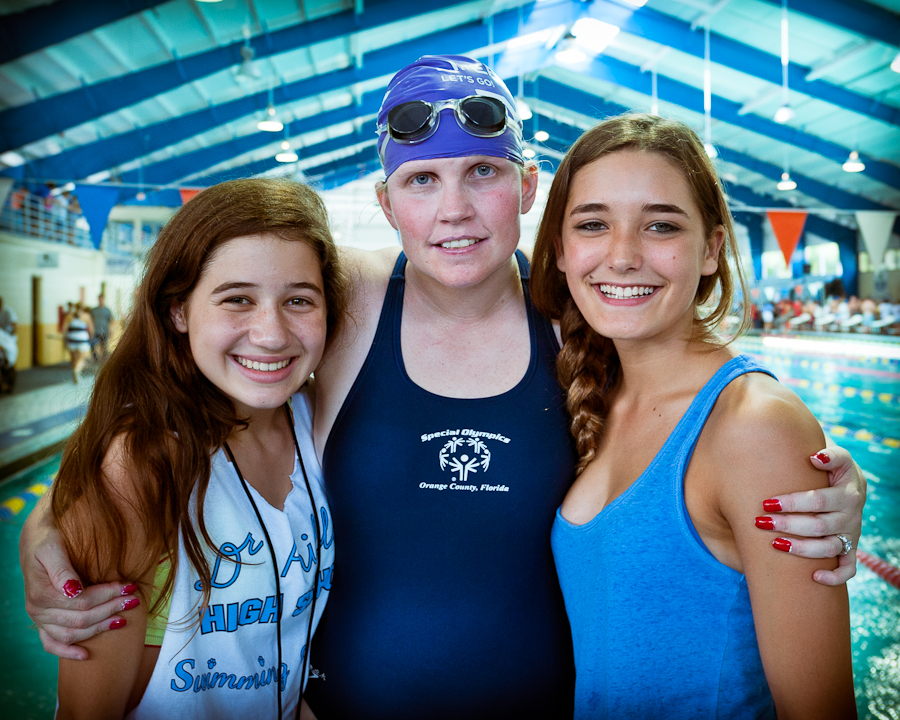 Three super models, no wait, sorry my mistake that is Lori with DP swimmers Maddie and Brooke. 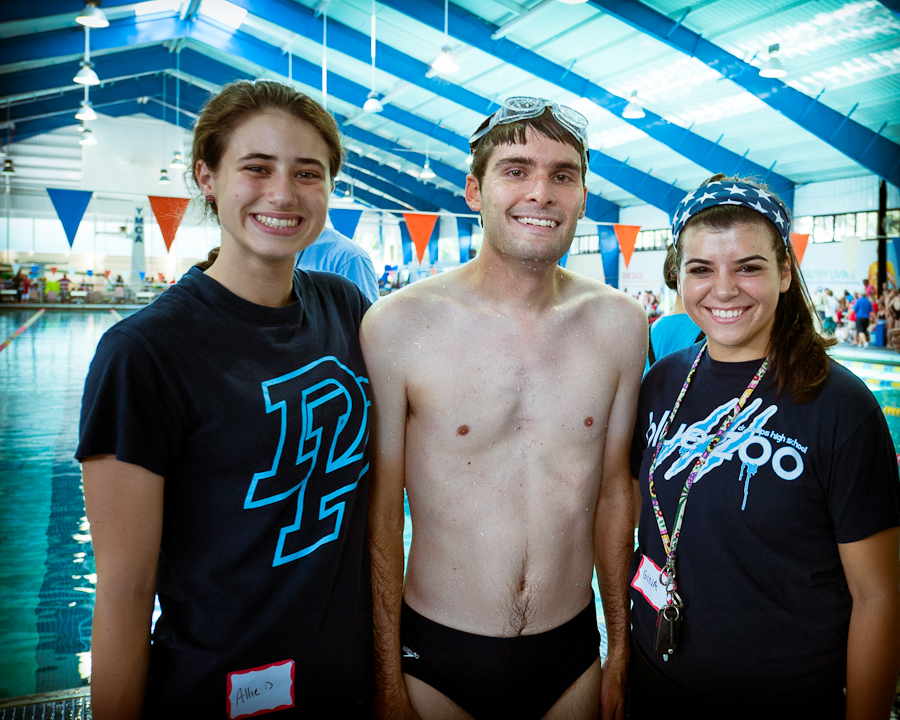 Mike with a couple of fans. Allie and Gina 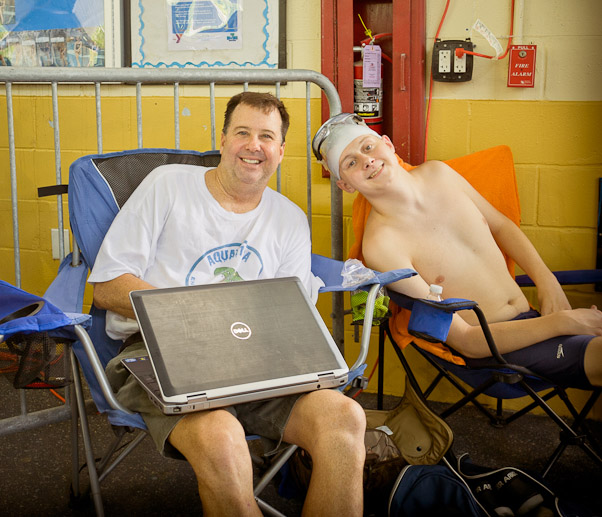 Rick and William follow pork belly futures on the computer while at the meet. Cool shirt Rick. 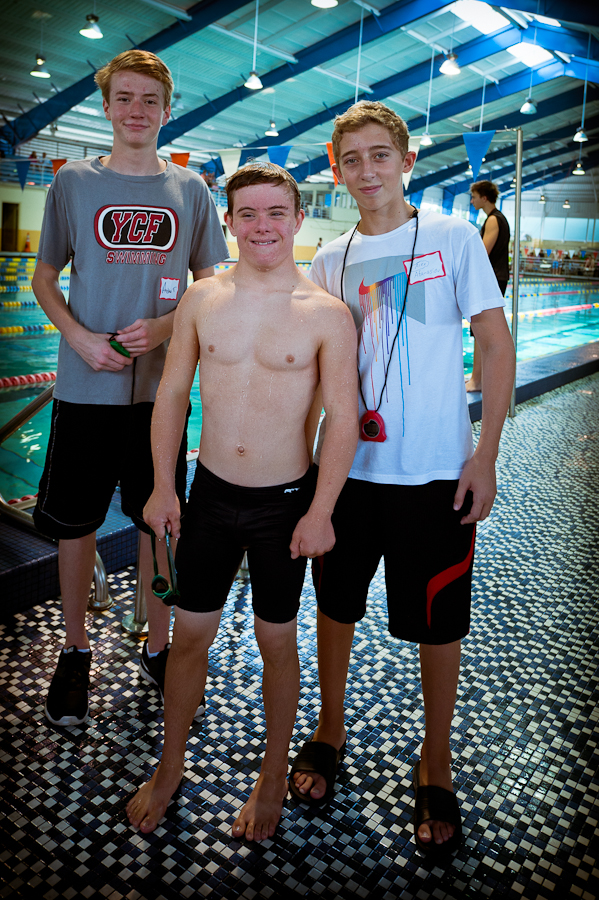 Chad looks like he was in the movie 300 in this photo. High testosterone.