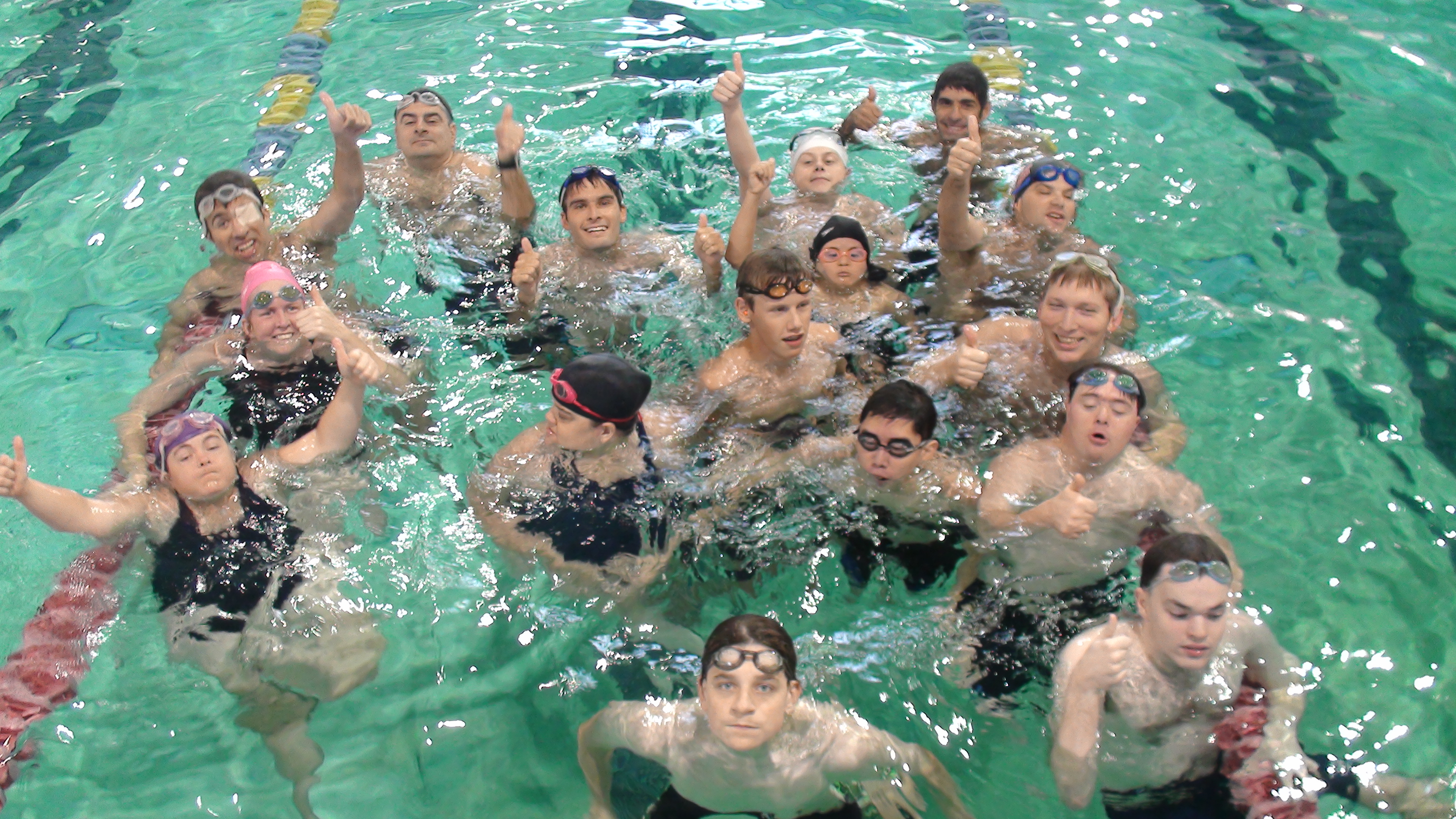 Congrats to all of our swimmers that competed in the 2012 C.D. National Swimming Championships

Congratulations to all of our swimmers for great efforts at the 2012 Nat. Cognitive Disabilities Championships. We had 3 new team records, Jesse Greve broke his own open MOW team record of the 100 free with a time of 113.4, Johnathan Sady broke his open 200 breast record with a time of 4:03.25 and Michael Tortorellaset a new men’s open record in the 200 fly with a time of 3:42.4 . 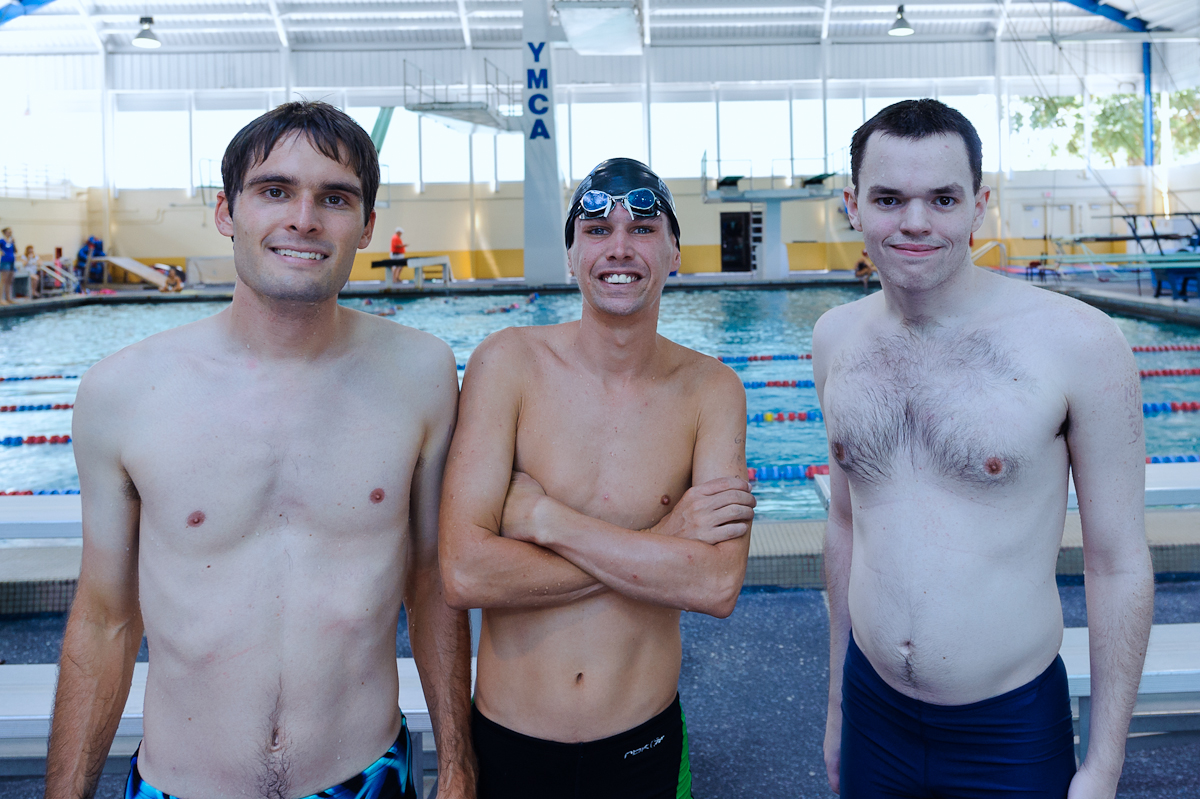 We also had several swimmers that won events and will be receiving All-American certificates. This includes our winning women’s medley relay made of Krista Pohorence, Nicki Harrold, Erin Macairz and Andrea Zappa and our winning men’s 200 free relay including Johnathon Sady, Cory Boone, Jesse Greve, and Chris Meyer. 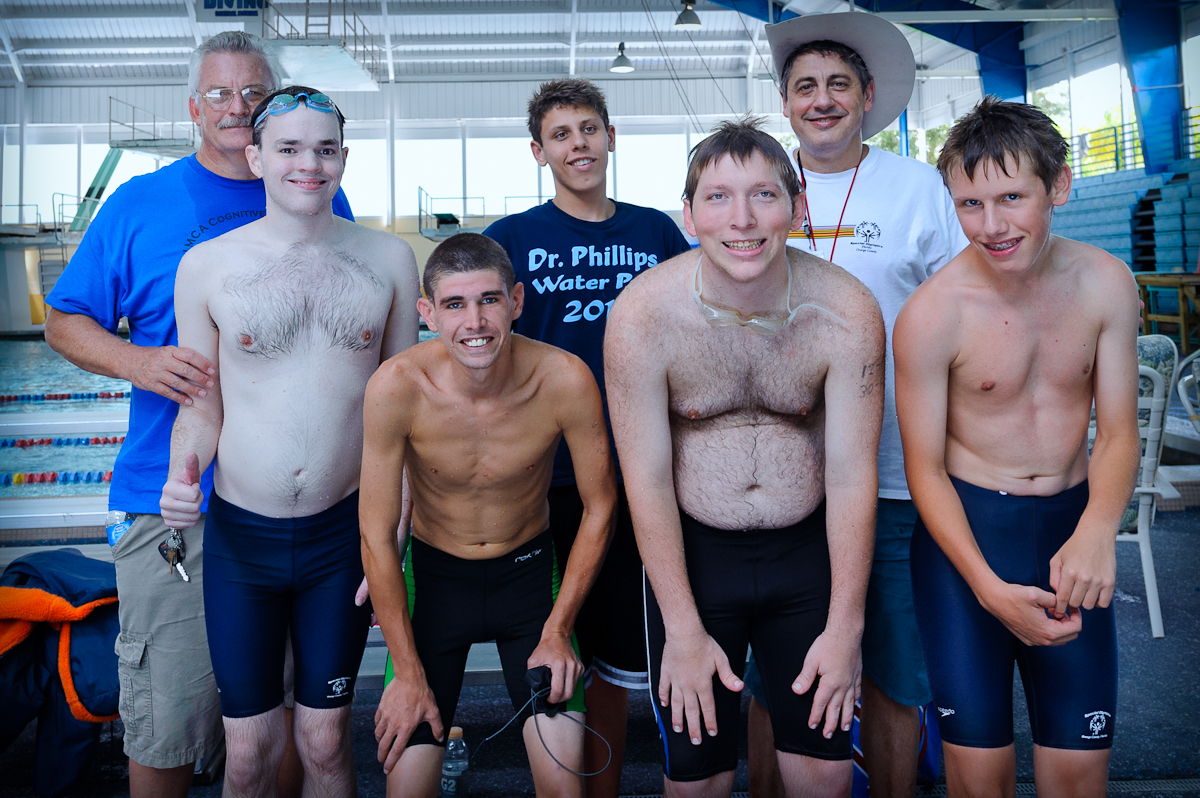 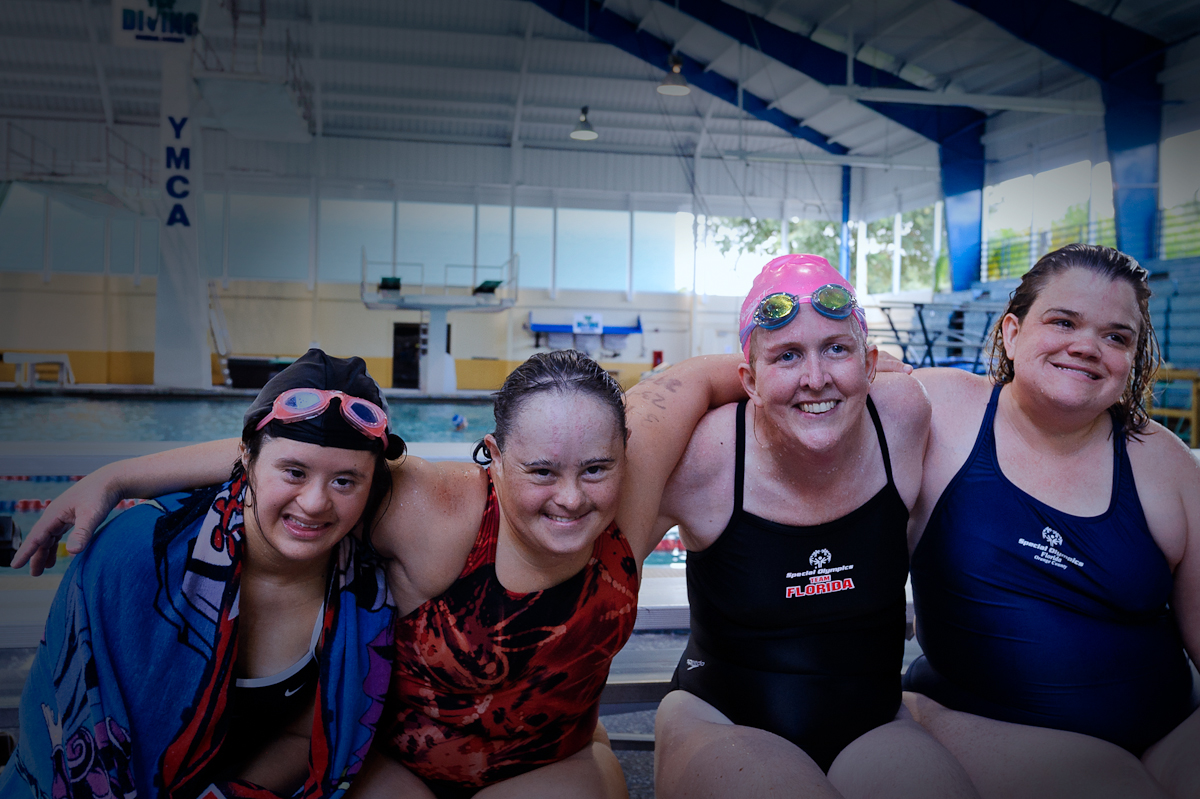 Individual All American honors go to Jesse Greve 50fr, Michael Tortorella 50fly,200fly, Krista Pohorence 400fr, Steven Deutch 400fr.  Everyone else swam great today and I am very proud of you all. A special thanks to Coach Larry Peck for being such a great meet director and Kudos to all the parents and volunteers that helped out during the meet. 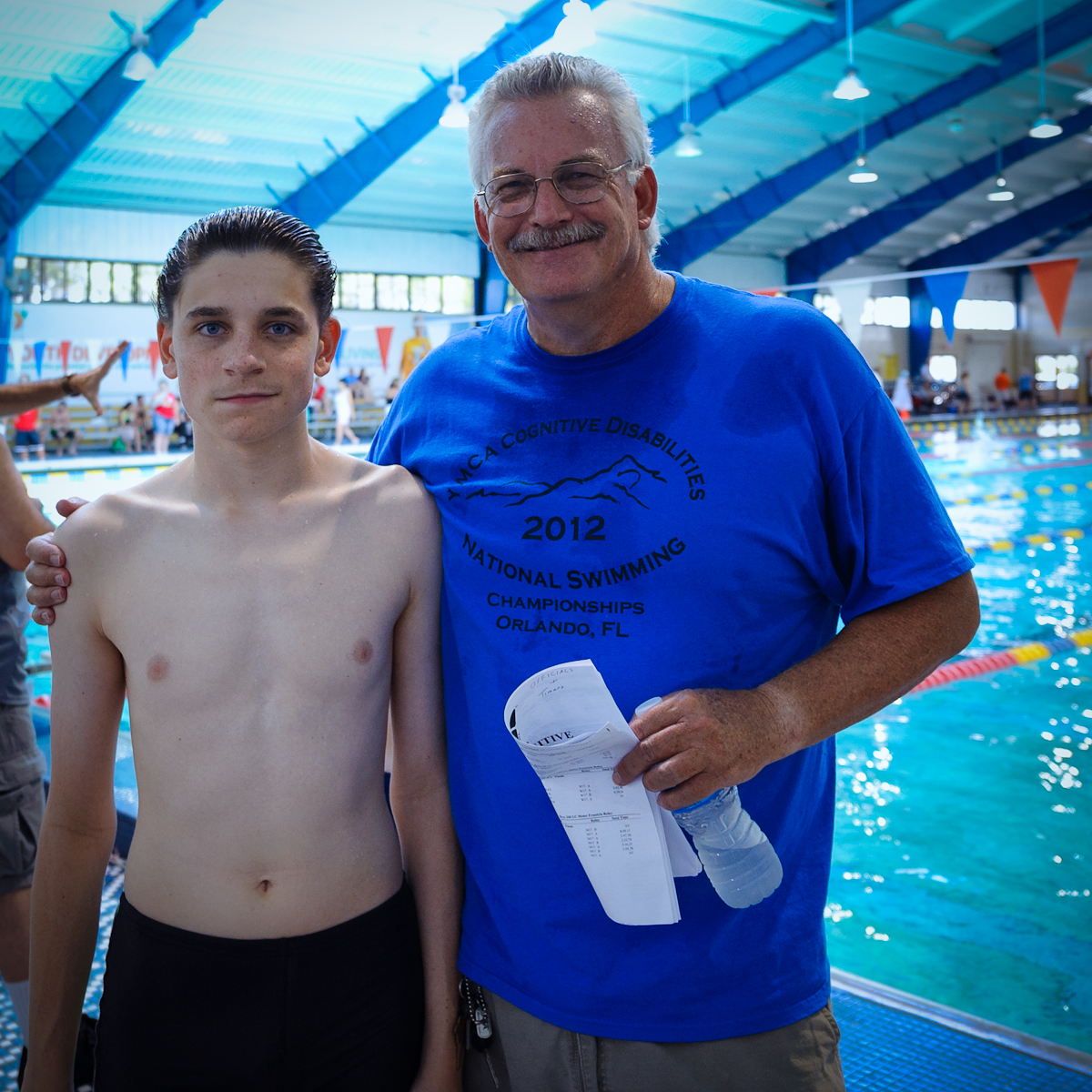 Ian and Meet Director Coach Larry Peck. Ian was within a few tenths of a team record.

A super special thanks to the Central Florida YMCA and the YMCA Aquatic Center for sponsoring and hosting the meet. 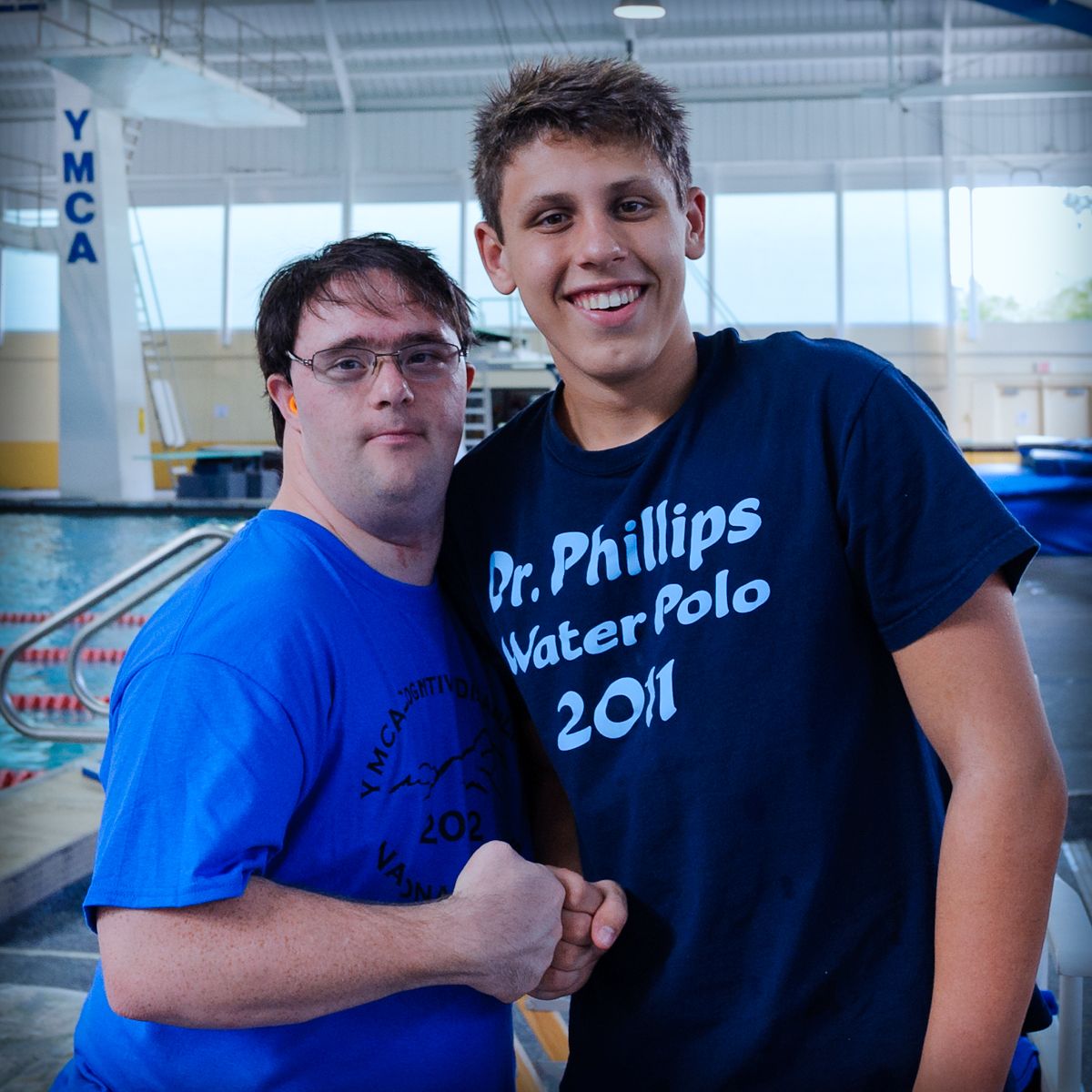 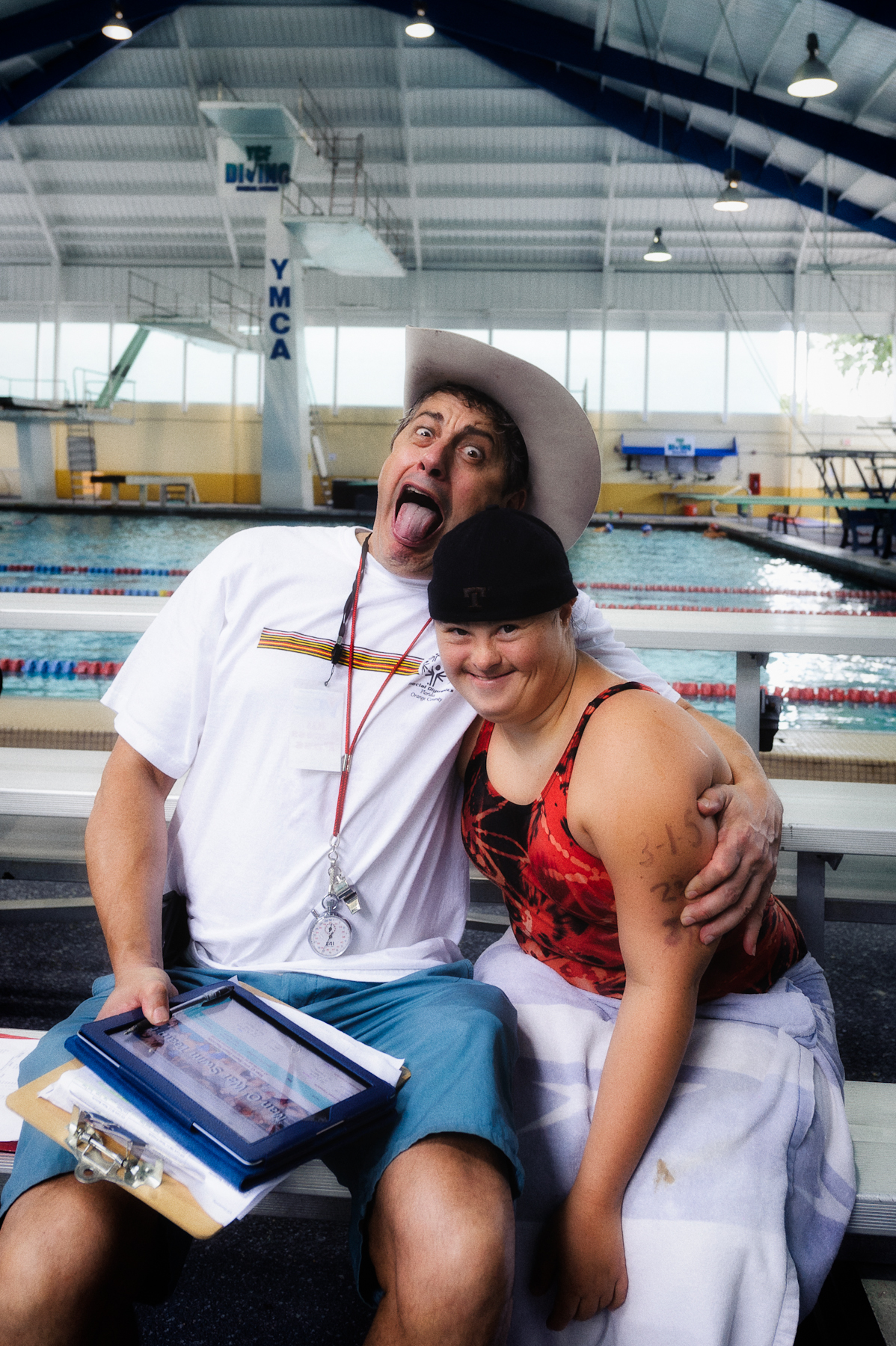 Krista wanted a “real serious” picture with Coach Lucky . . . so he did the best he could.